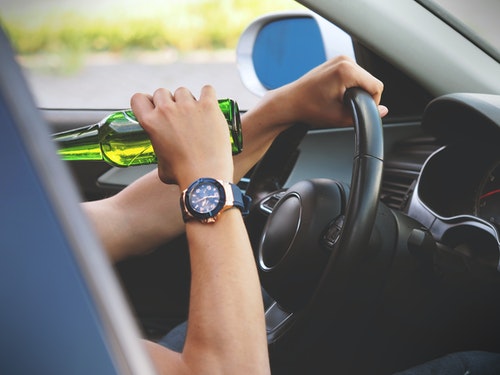 Each year, thousands of lives are impacted by impaired driving. Driving under the influence of drugs or alcohol, or while sleep-deprived, can have serious consequences for you or someone else in just a matter of seconds. It’s important to understand the dangers of impaired driving and the steps that can be taken to prevent impaired driving accidents. You can gain the most insight on impaired driving by connecting with our team of motor vehicle collision attorneys.

Risks of Driving while Impaired

Alcohol, marijuana, some over-the-counter and prescription drugs, and other illegal substances impair a person’s ability to operate a motor vehicle by inhibiting certain brain functions, including:

In addition to drugs and alcohol, driving while tired can have similar effects on someone’s motor functions and judgement. The result driving while impaired is often running a red light, driving off the road, a head-on collision, a rear-end accident, or pedestrian injury. Impaired driving puts you, passengers, other drivers, and bystanders at risk.

In 2018, 20.5 million people were caught driving under the influence of alcohol, and 12.6 million were found to be driving under the influence of drugs, according to the National Institute on Drug Abuse. The National Highway Traffic Safety Administration (NHTSA) finds that 29 people are killed every day as a result of alcohol-impaired driving, and marijuana users are 25% more likely to experience motor vehicle crashes. The NHTSA also reported that legal and illegal drugs were involved in 16% of traffic collisions in 2016, and 28% of traffic related fatalities were the result of alcohol-impaired accidents.

Steps You Can Take to Prevent Impaired Driving Accidents

It’s important to take steps to prevent impaired driving accidents and injuries. If you or a loved one are drinking with a group, choose a designated driver who is not drinking to safely drive everyone home, and don’t let friends or family drive while impaired. If you are under the influence of drugs and/or alcohol, get a ride home or use a rideshare service.

Driving while impaired can have serious and lasting consequences. If you or a loved one has been involved in an alcohol- or drug-related driving accident, contact one of our attorneys today to seek the compensation you deserve.